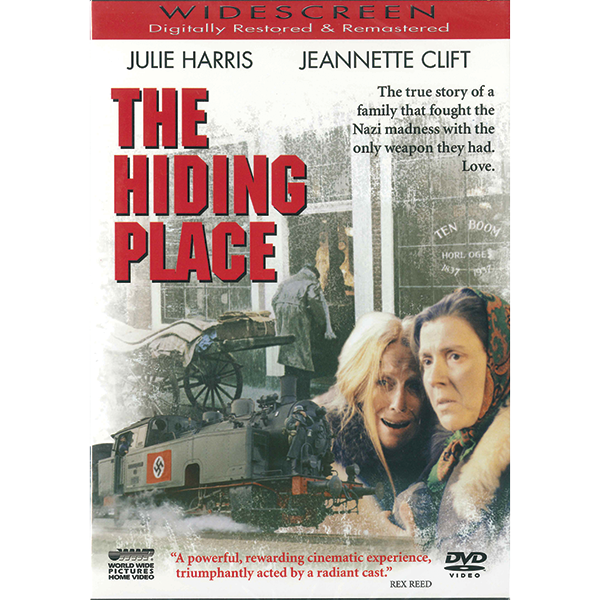 The remarkable story of how the Ten Boom family hid Jewish people from the Nazis in World War II Holland. When their hiding place is discovered, they are imprisoned in concentration camps but remain strong in their devotion to Christ. Based on Corrie ten Boom’s best-selling book The Hiding Place. Jeannette Clift’s performance as Corrie earned her a Golden Globe ® Award nomination. From its spectacular premiere in 1975 to today, The Hiding Place remains the finest Christian film of its type ever produced.